White people revel in their self-appointed role as the Good Samaritan, and Black people are getting tired of it

There are many archetypes of the modern day Good Samaritan but it's the the Do-Gooder, the Philanthropist and the White Saviour who have planted firm roots in socioeconomics, popular culture and the arts.

In my experience the Do-Gooder is equal parts earnest and naïve as they are ignorant. This specifically relates to white acquaintances who think they know more about African culture than I do. The summer of 2010 spent volunteering at a primary school in Gambia doesn't make you an expert or give you permission to comment on African culture, economics or education.

Following in the trend of perpetual ignorance is the Philanthropist. This archetype aims to project an image of selflessness and generosity - it's all a gimmick, obviously. Personally, it's the White Saviour, who I find the most irksome.

What’s so wrong with white people wanting to help? Nothing. Here lies the problem - white people who assume the position of the "Good Samaritan" often have this White Saviour complex because they conduct their acts of "generosity" and roll out their projects within black spaces without consulting members of these communities, without truly understanding the history, the actual needs of the people and the political, social or economic landscape of the country.

The White Saviour overlooks the importance of research and respect, and thus the lines of cultural appreciation are overstepped.

The White Saviour is also riddled with delusion. People with this complex actually believe factors of their race, class and gender are insignificant, detracting little to no attention from the cause itself.

How many times have you read a headline that included a hedonistic celebrity, a carefully picked handful of poor Africans and one bountiful donation? Too many. To further clarify, the issue black people have with the white saviour is that the community is the prop and not the focus, instead the celebrity's status and noble contribution are the primary subject in the story.

Irish-born Bob Geldof KBE, is a gleaming example of a man plagued with this very complex. In the late 70s the Irishman started his career off as the frontman in a rock band, by the early 80s he had turned his efforts to humanitarianism and combatting hunger in Africa. Geldof is known widely for his philanthropic ventures and helping hand in activism, in particular the charity megagroup Band Aid. The Band Aid concept is simple: a single featuring over a dozen musicians is released in time for the Christmas market, in order to “raise money” for the poor folk in Africa.

Back in 2014, Fuse ODJ saw through the Band Aid bravado and penned an open letter on why he chose to disassociate himself from the constantly negative portrayal of Africa in Band Aid music videos and lyrics. At the time, declining an offer of this calibre could have meant one of two things for the British-Ghanaian rapper - 1) he’s blackballed or 2) he's praised for calling Geldof out. Fuse ODG was met with the latter, celebrated for championing pan-africanism “sick of the whole concept of Africa – a resource-rich continent with unbridled potential – always being seen as diseased, infested and poverty-stricken.”

The White Saviour Complex if rife in the creative industry. The saviour believes that their actions are noble, their initiative is profound and consider themselves an ally. However, allies are the people who not only talk, but also actively use their privilege to make a positive change. The act doesn’t pivot around them, in their role as an ally they support and advocate change with /and for the communities experiencing adversity. 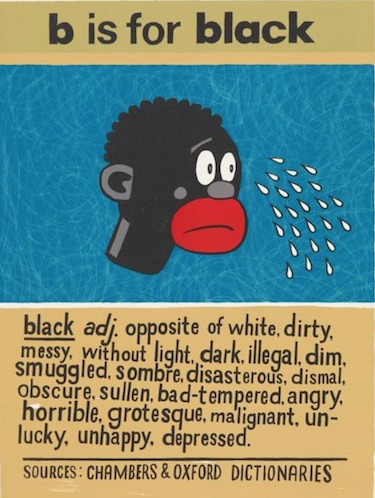 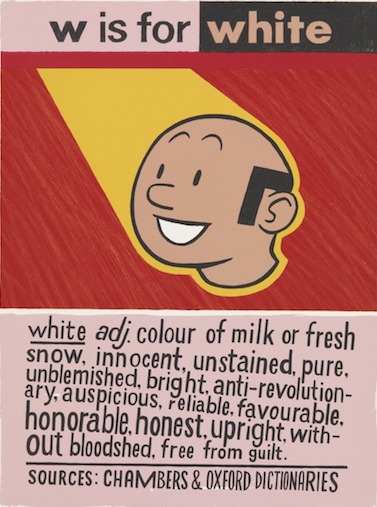 Cultural and education institutions have great power to alter perceptions about the way black people are represented within creative spaces.

Somehow, these notions of poverty, struggle and shortcomings are always projected when Africans are the focal point in white artistry

Damien Hirst decided to appropriate Nigerian culture at the April 2017 opening at the Venice Biennale. Let's not forget Hirst’s last solo exhibit was back in 2014 - the stakes were high and the comeback needed to be memorable - by any means necessary. “Treasures from the Wreck of the Unbelievable” at the plush Palazzo Grassi has been forecasted to rake in $1 billion, and includes a pimped-out, golden Ife sculpture.

In a statement released from the London School of Oriental and African Studies, reinforced the uncanny resemblance, “the form of the Hirst head, clearly echoes those Ife examples which emerged from the sacred shrine at Wunmonije Compound, Nigeria”.

Nigerian artists of this time (circa 14th century), developed and refined their own traditions using materials available to them. Sculptures were mostly made in stone, terracotta, brass and copper, and thus a style of casting and sculpture was born, unlike any other art created in Africa at this time.

The Golden Head has aroused ill-feeling and frustration amongst many African artists, due to the fact that Hirst has no personal connection to the people of Ife or Nigeria for that matter. Seriously, when did he last step foot in Nigeria?! Contextually, there is no way that this white middle-class man can comprehend what the Ife Head represents for the motherland and Nigeria.

The beauty of an object isn’t a good enough reason to whitewash African culture and art history. The saddest part in all of this is that now when anyone sees the Golden Head, they will think of Hirst before they think of the artists of Ife. People will now associate Hirst with a style that existed long before he thought-out his career as an artist.

Of course, there will be critics who believe Hirst is simply "appreciating" African art, and thanks to him the people of Ife are finally getting the recognition they deserve - don’t be fooled. This is cultural appropriation, plagiarism and misrepresentation in the form of a glossy bust sculpture. We see it so clearly here, the over-glorified White Saviour complex swooping in on the scene - an artist known for his humour and storytelling in his art, has successfully shifted the narrative to himself.

Black artists are rarely portrayed in the same light or handed the same opportunities as white artists, quite frankly, because they are black. Black people are tasked with proving their place in spaces where black people are not expected to thrive, and are not championed or viewed as competitors or contenders.

Nigerian-born artist, Victor Ehikhamenor also exhibited at the Venice Biennale. Ehikhamenor saw merchandise and postcards of the Golden Head for sale in the gift shop - with no reference to the people of Ife. Ehikhamenor's Instagram post sums up the disrepair thousands of black people feel across the globe, "once again, the hunter has glorified his tale in the absence of the lion”.